A summary of published research items 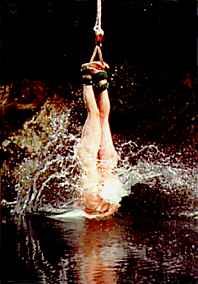 The following factors are pointed to by established or confirmed interrelationships of body-image, self-image, body-cathexis; 'barrier' and 'boundary' psychological scores.

There's a short glossary below.
The superscript number at the end of each summary point refers to the relevant publication - listed below.

Researched effects on children and resources.

Naturists are: sociable, spontaneous, independent (yet promote the group), warm, friendly (yet prepared for hostility); they also feel less sexually restricted (frustrated). They are significantly better at: goal-setting and striving; task-completion, suggestibility resistance, self-expressiveness and stress-tolerance. Naturists are also more: communicative, aware of their identity when interviewed, influential and active; than average. 11 p60.

Naturists are less likely to deny their feelings. 1 p235.

Naturists are likely to be more altruistic and positive than average. 11 p40.

Naturists are less likely to blame others, for any negative state of their own. 1p151.

Naturists see clothes as a mere social adaptation, and tend to deny their worth for defence. 4 p23.

Naturists are less hostile and threatening than average. 1 p99.

Naturists are more pain-tolerant and stress-tolerant than average. 11 p59.

Naturists are less likely to be 'in denial' about their body. 5 p317.

Naturists are more likely to have an 'alive' body; thus more joy and satisfaction. 1 p233.

Non-naturist males are more likely to be dissatisfied with the genital aspect of their body-image. 5 p124.

Naturists have more extensive options for how they conduct themselves. 4 p345.

Naturists are less inclined to be perverse, experiment with drugs, or be promiscuous. 1 p99.

Naturists are less likely to be paranoid or schizoid. 1 p197.

Chronic schizophrenics would be more treatable, if they were naturists. 11 p51.

Naturist novices show an enduring, four-fold improvement in body-cathexis (self-esteem), over the average of control groups. 10

Non-naturist males are more likely to be dissatisfied with the genital aspect of their body-image. 5 p124.

Naturism is more fundamentally attractive to males, than females. 11 p55.

Naturists are much less likely to have been delinquent. 11 p77.

Naturists are much less likely to have been delinquents. 5 p132.

Naturists are the antithesis of rapists. 13 p151.

If the average male had the characteristics of naturist males, there'd be around a quarter less aggression in society. 19

Naturists are less likely to be authoritarian. Authoritarians have trouble realising the value of naturism. 5 p630.

Community awareness of the need for openness about the body is required: especially for the sake of children. 15

Naturist's children are less judgmental about their bodies. 5 p61.

Children of naturists are likely to suffer less from psychopathies originating from abuse. 1 p198.

Children of naturists are likely to better withstand teasing than average. 14 p16.

Children of non-naturists are likely to dislike their genitals. 7

Children are negatively impacted by guilt, in proportion to the clothes-compulsiveness of their culture. 18

Naturist families are more likely to reflect 'family values' than be disrupted. 14 p16.

Here: the negative:-
They may be sometimes perceived as deviant and/or unacceptably self-expressive in some settings. 5 p527.

In short: naturists have a significantly better body-image and self-concept than average.

"The results of the research speak clearly, and with force: children's exposure to nudity is not only not harmful, it appears to be beneficial. However this seemingly clear relationship is not at all clear to most parents, nudist or non-nudist. Nudists are still widely (and erroneously) perceived in our society as sexual deviants: people who obtain sexual stimulation by engaging in nude recreation. Those who are not nudists have no direct personal experiences to disprove this fallacy, and many nudists are afraid to reveal their status for fear of being ridiculed, prosecuted and persecuted." 17

These are indications of the essence of the publication/page linked to the superscript at the end of each line.


Establishes a relationship between barrier and cathexis; thus: body, manner of relating, and 'self'. 10

Establishes clear relationship between one's satisfaction with the body and with the self. 2 p394.

Establishes the concept of boundary or barrier between 'self' and 'other'. 11 p2.

Indicates the body-image as causal, for behaviour. 11 p60.

Relationship of body-satisfaction and self-esteem can't be faked. 5 p127.

Confirming the connection of personality, body and body-cathexis. 9 p343.

Confirms the paramount value of 'self esteem'. 3 p96.

Confirms relationship between body, image and perceived self. 11 p58.

Confirms the correlation of body and self. 11 p57.

Confirms the need for an 'alive' body-image. 1 p6.

Confirms the importance of an undistorted body-image. 4 p356.

Confirms a close correlation of attitudes to body-image by site, with ratings of self. 14 p15.

Particular parts of the body-image have specific connections with expressions. 11 p2.

Confirming the relation of the body-image 'complex' and the boundary 'complex'. 5 p524.

Confirmation of the positive correlation of boundary definition with security. 4 p363.

Those with ill-defined boundaries are psychologically vulnerable. 11 p2.

The importance for development, of having a 'high-barrier' identity. 1 p259.

Social behaviour is determined by the body image. 11 p2.

An inauthentic role is inherently and dangerously stressful. 1 p260.

An unconscious role distorts and restricts self; and obstructs recovery of identity. 1 p261.

Conscious humans must relate to each other. 3 p147.

Males have a greater need for an adequate body-image and self-esteem, than females. 11 p55.

Naturist body-cathexis score is confirmed to be higher than that of non-naturist, for both male and female. 12

Naturism was found to be the most significant variable (more than sex) in body self-concept score levels. 7

1 The Betrayal of the Body, by Alexander Lowen MD, an analytical psychotherapist, (MacMillan 1967).

2 The SELF in Growth, Feeling, and Learning. Selected Readings, edited by Hamachek (Prentice-Hall, 1965), page 394, citing Secord & Jourard (1953) published by the American Psychological Association in Journal of Consulting Psychology, Volume 17, pages 343-347.

3 Solitude, a Return to the Self by Anthony Storr, Clinical Lecturer in Psychiatry, Oxford University (Free Press/MacMillan 1988)

5 Development and Structure of the Body Image, Seymour Fisher (Lawrence Erlbaum Associates 1986), 'a detailed review and analysis of the body-image literature from 1969 to 1985.'

8 The Relationship Between Adult Sexual Adjustment And Childhood Experiences Regarding Exposure To Nakedness, Sleeping In The Parental Bed, And Parental Attitudes Toward Sexuality Lewis and Janda, (Archives of Sexual Behaviour, Vol 17/4, 1988).

16 Article 12.1 of the International Covenant on Economic, Social and Cultural Rights, for example.